Posted on June 3, 2014 by morobinbarrystories 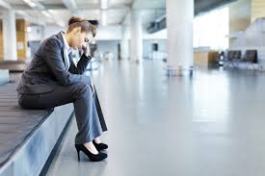 I don’t think when the brothers Gibb wrote “Paying the Price of Love” they were in any way relating to me, but that’s exactly what I had to do on the Concord trip to see the Mythology Tour. Let me explain.

Because of a very tight schedule, I couldn’t organize a fan party in Concord, but I still managed to meet and chat with several great fans like Lynette and Mikey, who had come from Mexico to see Barry. Mikey started out as an Andy fan when she was 12. She asked for a tape recorder for Christmas, and Santa obliged. The first song she recorded was “I Want to Be Your Everything”. She was convinced that she would marry Andy one day and had no doubts about it coming true.

I was so happy to meet Chrisea and was wowed by another piece of artwork by the marvelous Patrice (and Barry signed it).

Elaine and Caroline both came over to say hello and chat, and I was able to enjoy the enthusiasm of many fans before the show began. This was the good luck part of the night.

The not so good luck came when I left the Sleep Train Pavilion to drive back to the San Francisco International Airport to catch the red eye back East. On a Barry high, I was singing along to “Still Waters” in the rental car when I ran into a parking lot on the wrong side of the Golden Gate Bridge. I was stopped for over an hour in the traffic which resulted in me missing my flight and spending the night in the airport Terminal 2 with a policeman on a segway and a tiny Japanese woman who was cleaning the restroom. There I was, surrounded by chrome and glass, no sofa or restaurant in sight. However, I did learn a few things as a result of this event.

1. I can scope out electrical outlets like a coon dog. (They are vital for the camera, cell phone and laptop).

2. A place that is normally chaotic with activity becomes totally silent after midnight and can be a peaceful respite.

3. My emotional frustration CAN exist on multiple levels at one time: hunger, thirst, exhaustion and an unusual desire for a lavender scented bubble bath were simultaneously dancing in my head like sugar plums and puppy dogs’ tails.

4. There is always an upside to a bad situation. The positive aspect of this nightmare was having ample time to reflect on Barry’s show and how much joy I experienced by talking with happy fans while I got to gaze upon the perfect man himself.

I did pay the “price of love”, but I don’t regret a second of  this experience. I flew back to Florida on a 5:50 a.m. flight, just in time to repack from my car in the airport and get on a Virgin flight to Los Angeles. Other than the fact that I need a face lift from lack of sleep, I am in LA and ready to roll.

Barry, you’re worth it, whatever it takes!