How Bee Gee Times Fly By…….

Posted on November 16, 2014 by morobinbarrystories 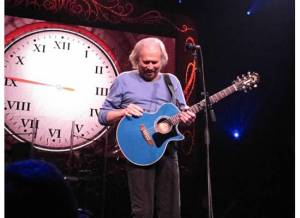 This week’s story is one I think thousands of fans can relate to……and we all wonder how the time has gone by so quickly…..

I have been a Bee Gee fans for more years than I care to admit. I started with the brothers in the 70’s like so many other fans, listening to the falsetto and wondering how Barry did that. I loved their harmony, thought Maurice was adorable and wanted to take Robin away with me to college and have him just stay with me forever. They have been with me through all the good and bad times of my family and work life, and I know people keep saying things like this and it seems cliche, but it’s so true. They helped me stay positive when my parents died and helped me through sleepless nights on many occasions. I look back and wonder where the time went and how it flew by so quickly. I was single, then married with children, still listening to the music. The years seemed to fly by. Even though I listened to them sing for nearly four decades, the time seemed to be just a blink, and then Maurice was gone and my world was a sad place. Fans everywhere were in shock, and I never got over his loss. There is no way to thank them all for their music and the fun and the memories. I was the lucky one who bought that Spirits Having Flown album when I was a teen and I have never looked at another band since. I listen to other music, but there is no one who compares. It has been an honor to be a fan, and I have dozens of memories that are linked to their music, including several birthday cakes with their pictures on them. The years have flown by but I remember every one of them and all the albums that I still play over and over again (Still Waters and Size Isn’t Everything especially). There is no way to argue that another band could be half as good because no one is in their league. I love all three of them forever.

6 Responses to How Bee Gee Times Fly By…….