Posted on February 5, 2016 by morobinbarrystories

Welcome to Morobinbarrystories.com! Please join me on twitter @morobinbarry. This site is for fans of Barry, Robin and Maurice Gibb (Andy is not forgotten and is included at times). It is intended for fans to share their stories and memories. Anyone who would like to share a story is encouraged to send it to me at morobinbarrystories@gmail.com. Stories will be posted often, some from the new ones as they come in and some from my collected tales. Many will appear in my book, which I will complete in 2016. At times, I will post articles relating to Gibb events, which I hope fans will enjoy. 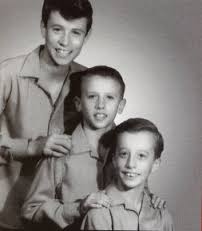 Love a good inspiration story…..so nice…..let’s hear it for this Bee Gee girl………..

My first memories of being a child were of drawing with my coloring book and crayons and then into little sketch pads my Mom would buy at the corner general store (sort of a Ben Franklin type store). My first colored pencils came from there, and I remember being excited to go shopping on Saturday mornings to buy new pencils, paints and books to draw in. I would draw with my friend April and we’d listen to the Bee Gees while we sketched. It was the mid-sixties, and I had discovered them, along with April. They were our age, and they were dreamy. I was amazed that they were so young and sounded so fabulous. I was a little jealous, I think, because they were so sure about their direction in life, and they were just kids.

My parents were engineers, and they wanted me to follow in their footsteps. They were supportive of my art, but they thought I could do that for fun and on the weekends and pushed me to take a major interest in science. I tried to do what they wanted, but art kept calling to me. I kept thinking of the Bee Gees and how they always knew what they wanted to do. They didn’t know where their dream would lead them, but they were determined and serious and passionate about performing. I felt that way about art.

When I got to high school, I started entering art contests and winning awards. At this time, the Bee Gees were becoming stars, and I adored them more than ever. They were my inspiration to stand up to my Mom and Dad when they pressured me to go to a technical college. They would talk about me joining them in their firm when I graduated from college, and all I wanted to do was paint and illustrate.  They felt that I was too young to be sure of what I wanted.

I finally told them that I had to try to get a scholarship to an art school instead, and I used the Bee Gees as an example of young people knowing exactly what they wanted to be when they grew up. It was funny to see their reaction because, even though they were very disappointed, they understood (and they loved the Bee Gee music so I had a leg up, I think).

I was courageous about my decision to go to an art school instead of studying science, and it was Barry, Robin and Maurice who really inspired me. Today I’m a graphic designer. I love my work because it makes me feel fulfilled and accomplished, much like the Bee Gees must have felt, I think. I still love the Bee Gees and play their music while I am being creative myself. I made the right decision, and thank God they knew when they were little what they had to do for the rest of their lives. Sometimes you just know.