Posted on January 28, 2017 by morobinbarrystories

Welcome to morobinbarrystories.com! Please join me on twitter @morobinbarry. This site is for Bee Gee fans everywhere who would like to share and read stories of fun, joy, love and inspiration for Barry, Robin and Maurice Gibb. (Andy is not forgotten and is included at times). If you’d like to share a story, please send it to morobinbarrystories@gmail.com. Stories will be posted often, and many will appear in my book, which is in the editing stages now. At times I will post articles about Gibb events that I hope fans will enjoy. 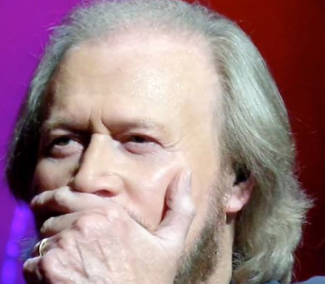 There are days when we get blindsided, and we didn’t have a clue what was coming, like the day one gets rear-ended at a stop sign by the guy in the Corvette who is texting on his phone. Then there are those scary moments, when the doctor says that the x-ray shows there is indeed a case of pneumonia surging through those precious lungs of yours.

Most of us can recount a number of these times when we wish we were unconscious or on a remote island resort away from the chaos of life. I choose to view these times as challenges that have made me stronger (or maybe more thankful to still be of sound body and mind). However, the excitingly fun times where we have been blindsided can be recounted in moment-to-moment detail, down to the last descriptive word of our feelings. The surprise engagement party, the scholarship that wasn’t expected, the birth of twins when mama and daddy expected one baby and a thousand other stories remain in our memory banks and are repeated time and time again with as much fervor as the first time they were told.

Now Bee Gee fans have been blindsided by such good news that the excitement has spread throughout the world, where fans from Sydney to Amsterdam are shouting a collective “Hurrah” and more than an occasional “It’s about time”.  On February 14, some of the world’s greatest musical talents will congregate in Los Angeles to perform a “tribute” concert to our Bee Gee brothers. What exactly is a “tribute”? If I think of the synonyms, such as accolade, testimonial, and praise, then it’s the perfect concert for all.

Certainly one of the best components of this Grammy honor is that the concert will be broadcast at a later date. I’m thrilled about this because so many music lovers don’t realize the scope of the Bee Gee collection of music, and I hope this will showcase their versatility.

Seeing that Celine Dion will perform gives us hope of hearing “Immortality”. Knowing that Keith Urban is scheduled to be a part of this concert makes my heart leap with the thought that he might sing one of my favorites, “Lost In Your Love” and to know that John Legend is singing opens up a whole spectrum of possibilities.

I am wondering how Barry feels right now because this certainly will be a special date to remember. As I watched him react to the fans during the Mythology Tour, he was overwhelmed by the love with hundreds of little moments of joy, as my photos included here show. There are so many great times to remember. If I had to list some of the best, I’d mention the following (in no particular order):

September 1, 1970-The day Barry married his wife Linda (stunningly beautiful and bawdy to boot. I say this with great respect).

July 31, 1985-The day Robin married his wife Dwina (who is an amazingly talented woman herself)

Any and all of the birth dates of the children born to Barry, Robin and Maurice, from the most mature (and I use this word as a numerical reference) Spencer and Steve, to the youngest Snow Robin. Agreeing that the birth of a child blindsides us all in a number of unexpected ways, I continue with:

1975-The year “Main Course’ was released, which I believe remains their greatest work

Dec 16,1977-The day “Saturday Night Fever” begins its journey to becoming one of the phenomenons of music history.

1997-the One Night Only concert in Las Vegas-The concert was spectacular and fans can enjoy it over and over again, thank God!

May 27, 2004-Bee Gees receive the Commander of the Order of British Empire Award at Buckingham Palace in London

These are but a blip on the radar of hundreds of special dates that encompass the career of the Gibb boys.

Perhaps one of the nicest elements to this upcoming tribute is the fact that it will be performed on February 14, which is St. Valentine’s Day. If one thinks back to the history of this “LOVE” day and believes the legend, Valentine was a priest who defied Emperor Claudius II,who felt that his soldiers were stronger in battle if they were not married and banned them from marrying. Valentine continued to perform secret weddings for those soldiers and their lovers, whose commitment to one another was truly inspiring and passionate. Valentine was known to be a most sympathetic, romantic and heroic figure.

How fitting, since that’s just what the Bee Gees represent to their fans. Bee Gee fans feel the joy of this honor just as if they were receiving it themselves. On this wonderful day, February 14, 2017, while we play and sing Bee Gee music, let’s think roses and beautiful birds and hearts full of joy, which are symbols representing St. Valentine. I somehow think this heartwarming and courageous saint had something to do with all of this, and I hope I’m right.